back to search results

The Kermode bear, also known as the "spirit bear" or "ghost bear", is subspecies of the American Black Bear living in the central coast of British Columbia, and noted for a small percentage of their population having white or cream-coloured coats. This colour variant is due to a unique recessive trait in their gene pool—they are neither albino nor related to polar bears.

Because of their ghost-like appearance, "spirit bears" hold a prominent place in the American Indian mythology of the area.

The kermodei subspecies ranges from Princess Royal Island to Prince Rupert Island on the coast, and inland toward Hazelton, British Columbia. 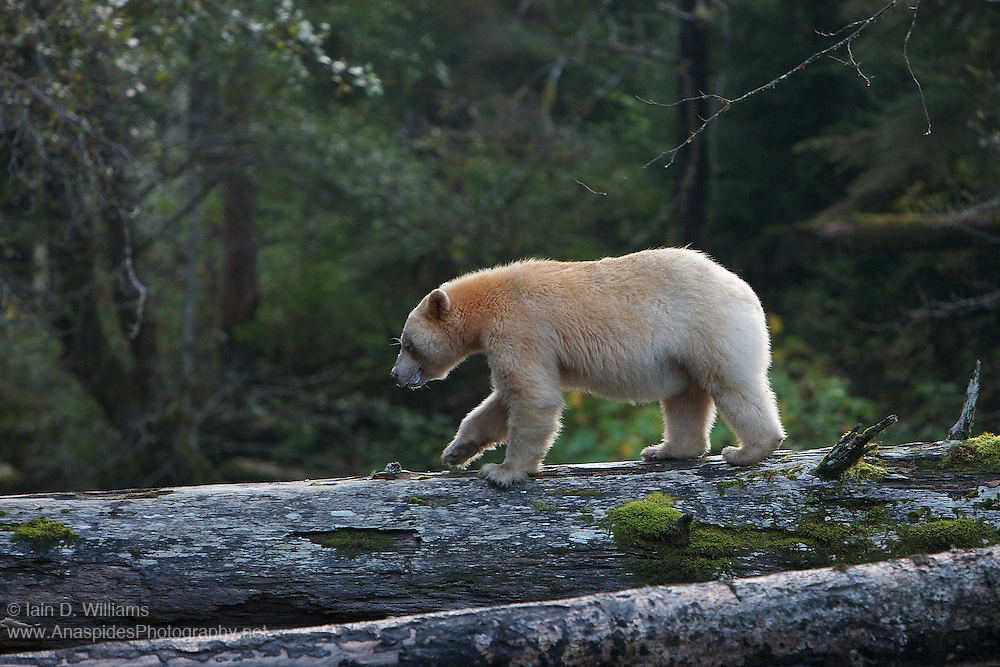